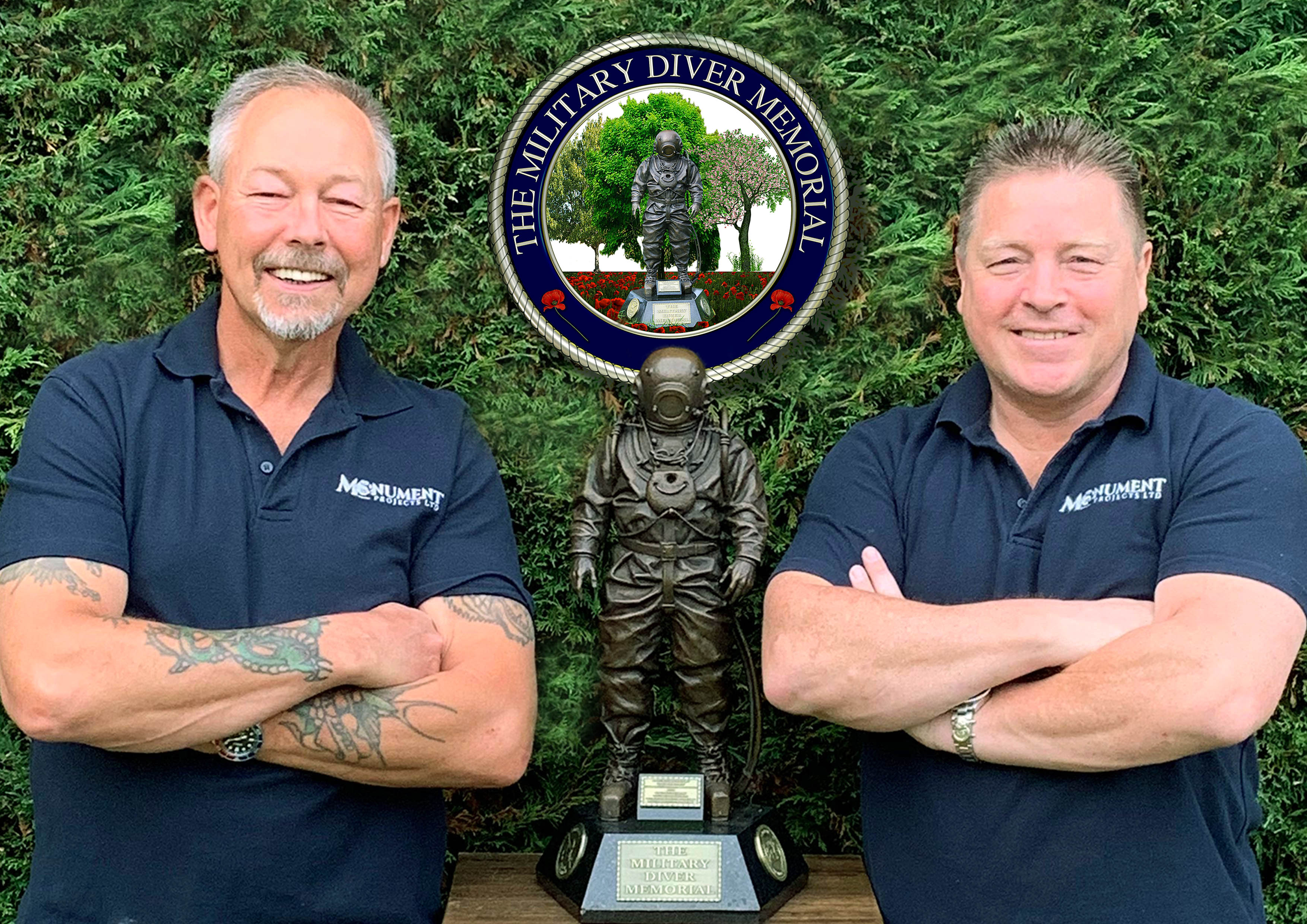 Former Royal Navy Mine Clearance Divers Paul Guiver BEM and Tony Sexton are running a project to build a Bronze Memorial to honour all Military Divers, past, present and future.

The project is being funded by the sale of 300 limited edition scaled statuettes of the Memorial. Cast in bronze and mounted on a solid granite block, these highly collectable pieces of fine art are produced in the same foundry where the Memorial itself will be cast.  Each piece is scrutinised and personally signed off by World Famous Sculptor Greg Polutanovich.

Statuettes are still available to purchase directly and are currently priced at £3,145

Shortly after the sale of statuettes commenced a number of emails were received.

People were wanting to contribute towards the project, but were not in a position to purchase a statuette and were enquiring how else they could be involved in this significant endeavour.

Remaining within the principle of not asking for direct donations, the MDM® team are pleased to announce a Limited Ticket Raffle. This option allows passionate and generous supporters to contribute to the project with the possibility of

winning a statuette for as little as £10!

By limiting the draw to only 365 tickets it allows good odds of winning, whilst covering the purchase price of the statuette;  RallyUp fees (Independent online raffle host) and Stripe (banking) to collect raffle payments.

Photographs of the amazing prize for this raffle

This is the second raffle, the first was won by Roger Cook of Houston Texas in 2020, (Roger kindly supplied the testimonial below the photograph to promote the project) 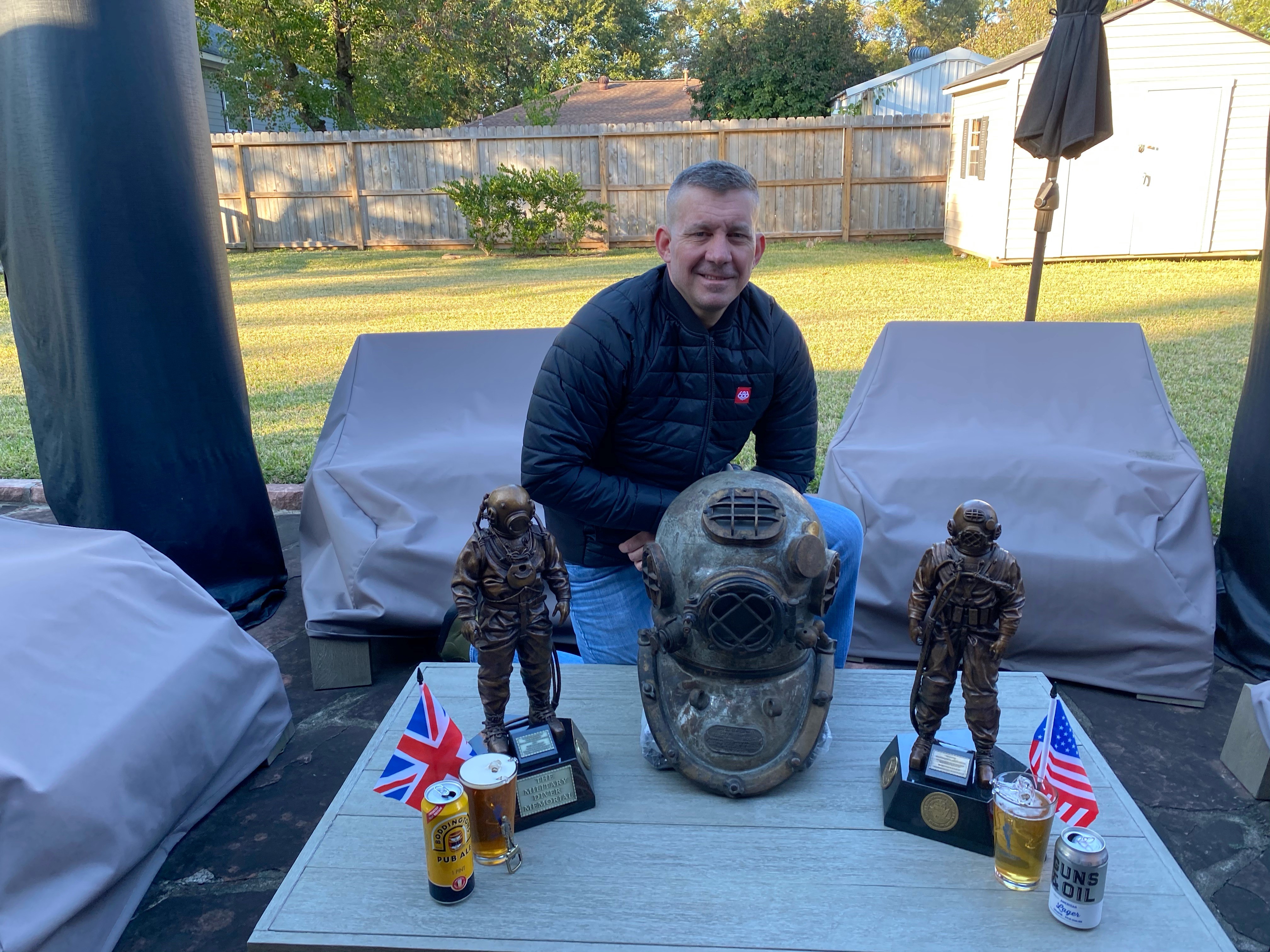 "A few weeks ago while pursuing DiversGifts.com for some cool new diver swag, I noticed that the owners Tony and Paul were directly responsible for getting the “Jake” statue produced and installed at NDSTC in Panama City Beach, FL.  So I hopped over to the Website and noticed that they had a raffle ongoing for the UK Military Diver Memorial; to help fund it. I thought “why not, even if I don’t win It’s for a great cause”. Well, I won the UK version and then was able to procure the USN version through Tony and Paul; as they knew of a collector in the UK willing to sell. This is artwork that I can get behind!

As a US Navy vet and now a commercial diver I am happy to have won and supported such a great and lasting tribute to all those who came before and will come after.

The detail in both are exquisite and, if one has the means and the UK version is still available, it would make an awesome addition to anyone’s diver memorabilia or dive company office. The bonus, the statuette comes with an invite (for two) to the unveiling of the Memorial in the UK!

Obligatory and deserved plug.... Even if these are out of one's reach, they (Divers Gifts) have smaller diver statues and many collectibles some of which are in the photos above. (Bottle opener, glass pint divers). Their customer service is top-notch and they won’t hesitate to answer any questions or concerns rapidly.

Thank you again Tony, Paul and anyone else involved with these projects".

There is a limit of per person

Don't want tickets, but still interested in making a donation?

The project was started by two former Royal Navy Mine Clearance Divers who are passionate about seeing a fitting memorial to the often unsung work and sacrifices made by Military Divers erected at The National Memorial Arboretum (NMA) in Staffordshire.

The artists impression below shows the size and actual location of where the Memorial will be sited. 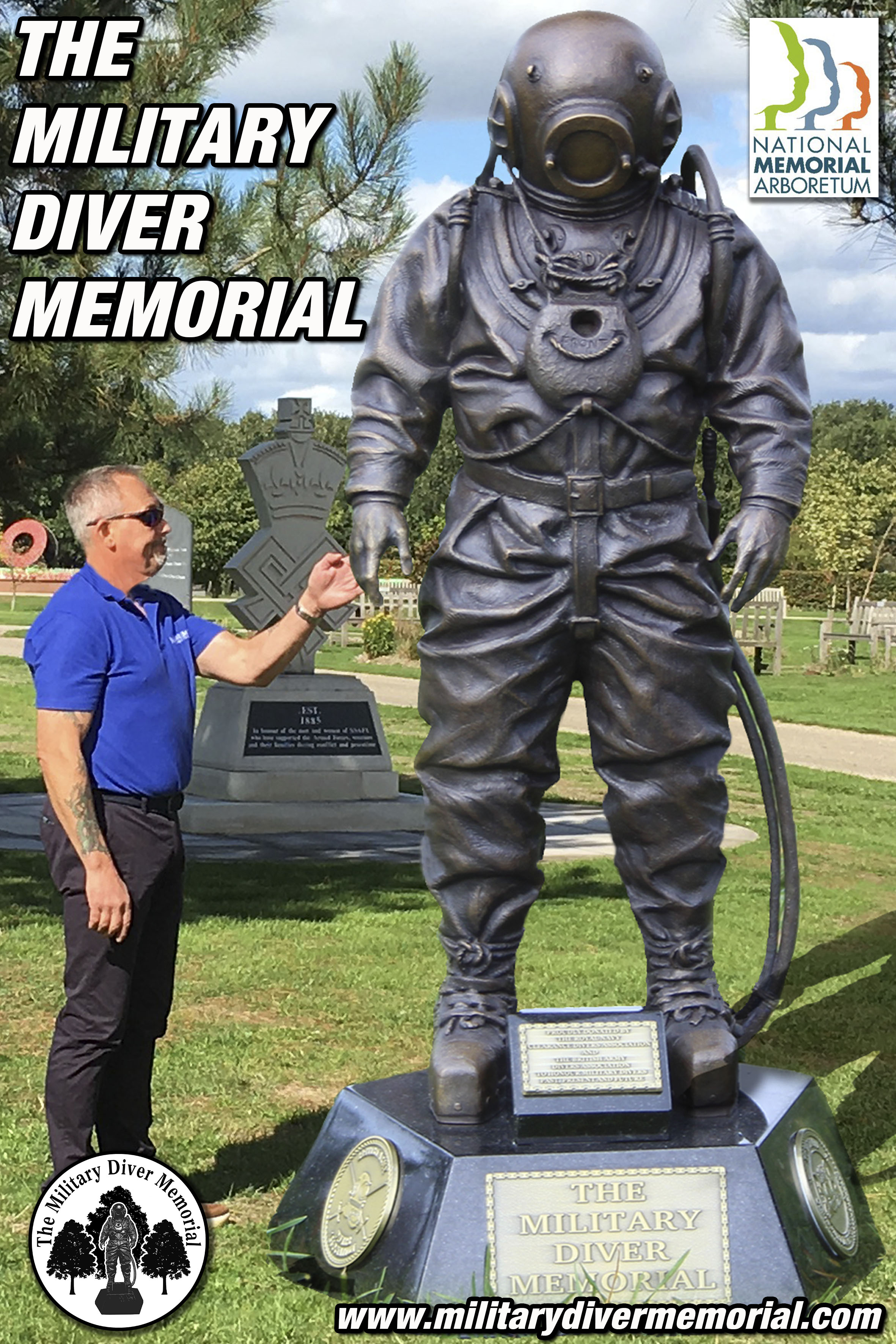 The NMA,  part of the British Legion, is the UK's year-round centre of Remembrance; situated in the centre of the UK, a spiritually uplifting place which honours the fallen, recognises service and sacrifice, and fosters pride in our country.

What better place for a memorial!

Please confirm that you're ready to draw winners

Once you click "DRAW WINNERS", your drawing cannot be undone.

Enter the URL for your live stream
Include a note to your in the email (optional)
A link to your live stream will be automatically included in this email.
HOW DO I LIVE-STREAM MY CAMPAIGN?
When you click "Start Live Stream", your page will start displaying your live-stream video feed at the top of the page. Once you're done with the live stream, you'll be able to return your page back to its previous state.

Your page will return to its previous state when you end the live stream.
settings

*Required fields are highlighted in red.

We've been alerted to the problem and will fix it right away. In the meantime could you please try this again? You can also send us an email at if you'd like to discuss it.